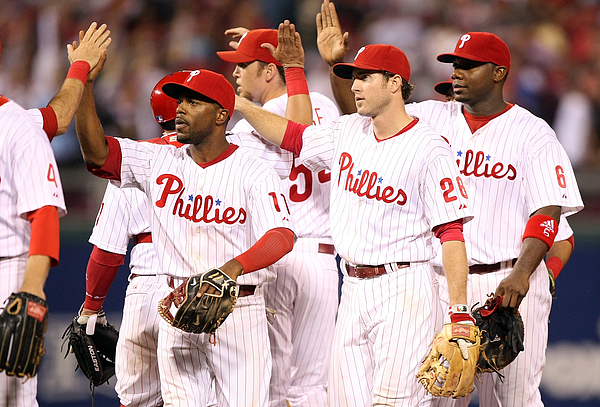 PHILADELPHIA - OCTOBER 09: (L-R) Jimmy Rollins #11, Chase Utley #26 and Ryan Howard #6 of the Philadelphia Phillies celebrate with their teammates after their 3-2 win against the Los Angeles Dodgers in Game One of the National League Championship Series during the 2008 MLB playoffs on October 9, 2008 at Citizens Bank Ballpark in Philadelphia, Pennsylvania. (Photo by Jed Jacobsohn/Getty Images)