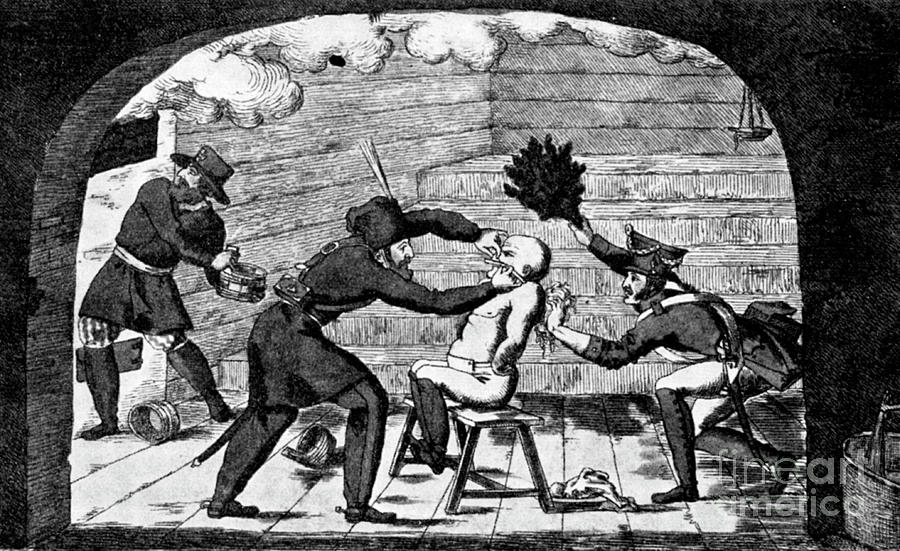 Russians trimming Napoleon's beard, 1812. In 1812 Napoleon I invaded Russia and reached Moscow, only to find it burning. His campaign a failure, he was forced to retreat during winter and returned with the ragged remnants of his army, many of whom had died of cold and starvation during the retreat. (Photo by Ann Ronan Pictures/Print Collector/Getty Images)