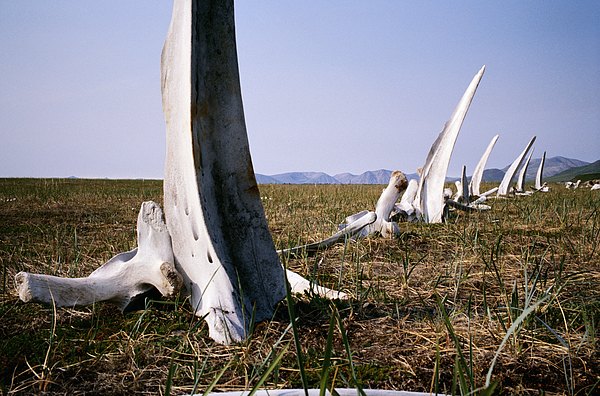 'Whale Bone Alley,' was discovered by Soviet archaeologists in 1976, but has remained untouched since and little is known of this place. There is a long double line of bowhead whale bones -- jaws and ribs -- running parallel along the shore for hundreds of yards. Many of the bones, especially the enormous jaw bones, are still standing, propped up by lichen-covered rocks. The location is thought to have been used in about 1300 as a ceremonial site, for a men's secret society or feasting site.