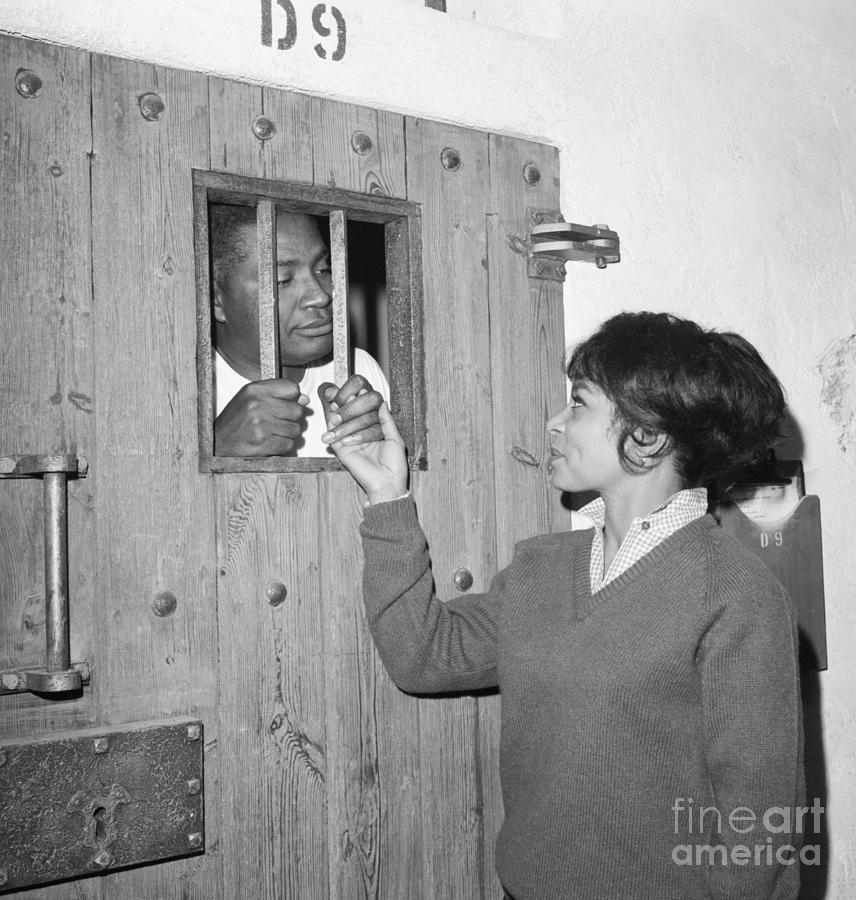 (Original Caption) 9/17/1965-Cabo del Gato, Spain- Ruby Dee was not taking any chances that her husband, Ossie Davis, was going anywhere during the filming of, "The Hill," on location in Spain. The desolate region doesn't offer many diversions, but to be on the safe side, she jokingly locked Ossie up for the night in one of the cells used in the production. He said later, "It was just about the coolest place around."