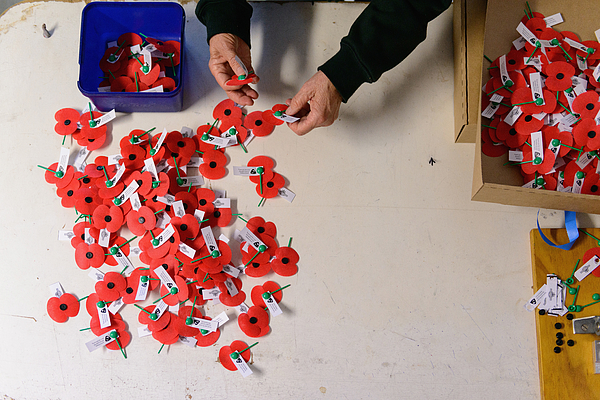 CHRISTCHURCH, NEW ZEALAND - MARCH 27: A volunteer counts poppies at the Royal New Zealand Returned and Services' Association Poppy Factory on March 27, 2017 in Christchurch, New Zealand. Almost 1.25 million poppies will be made for the RSA's annual Poppy Day appeal this year, which supports current and ex-service personnel and their families. All the poppies are made by volunteers, many of whom are veterans, and exchanged in return for a donation on Poppy Day. Poppies were the first flowers that grew in the battlefields of Flanders in Belgium during World War One and are a symbol of remembrance and hope. The poppy is used as a reminder of sacrifices made both past and present. Poppy Day this year is Friday 21 April, 2017. (Photo by Kai Schwoerer/Getty Images)