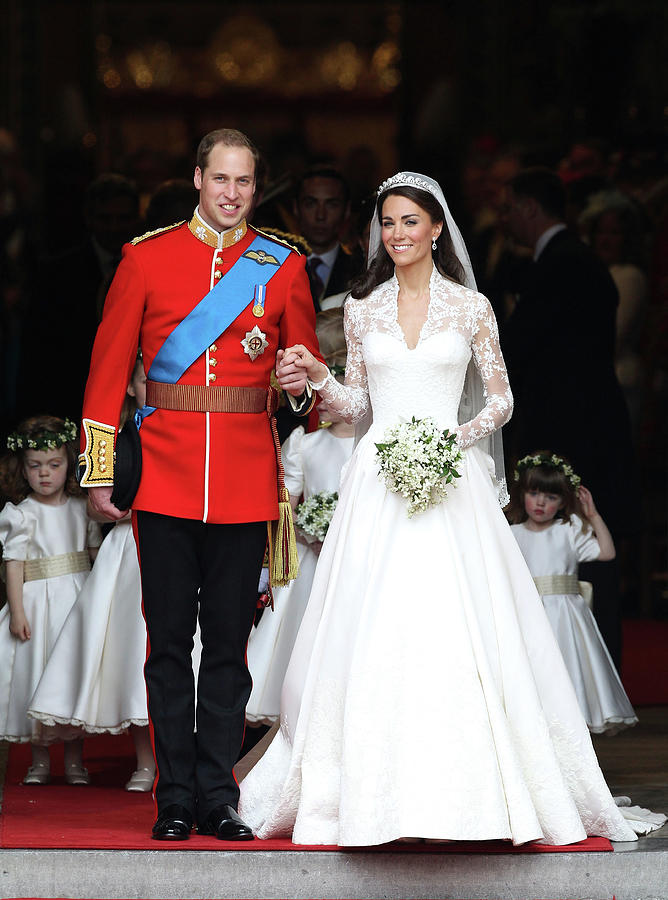 LONDON, ENGLAND - APRIL 29: TRH Prince William, Duke of Cambridge and Catherine, Duchess of Cambridge smile following their marriage at Westminster Abbey on April 29, 2011 in London, England. The marriage of the second in line to the British throne was led by the Archbishop of Canterbury and was attended by 1900 guests, including foreign Royal family members and heads of state. Thousands of well-wishers from around the world have also flocked to London to witness the spectacle and pageantry of the Royal Wedding. (Photo by Chris Jackson/Getty Images)