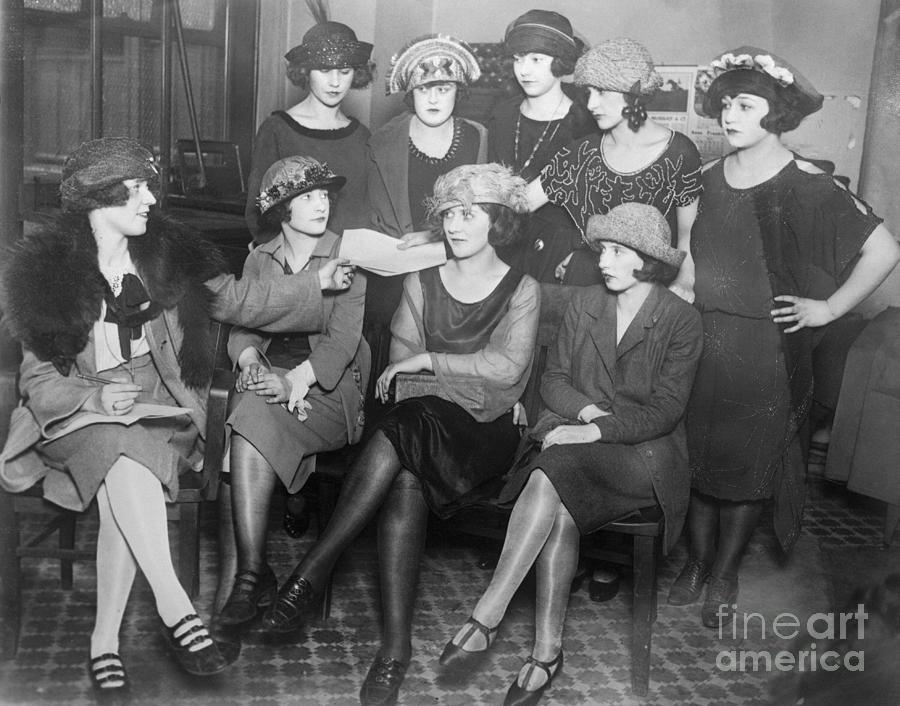 (Original Caption) No Flirts Need Apply. Since the Royal Order of Flappers announced the forming of their organization, they have been deluged with letters and telephone calls from men desirous of making the acquaintance of members of the club. They announce that they will rigidly prosecute all annoyers since they are capable of choosing their men companions and the majority have already done so. Photo shows the first section of the Royal Order of Flappers, seated left to right: Margaret Persell, flippant flapper Dolly O'Tolle, Alma Heuss and Yvonne Vigneault, Secretary-Treasurer. Standing left to right: Betty Heuss, Kitty Garmes, Adeline Bennett, Lillian George and Beatrice Olikoff.