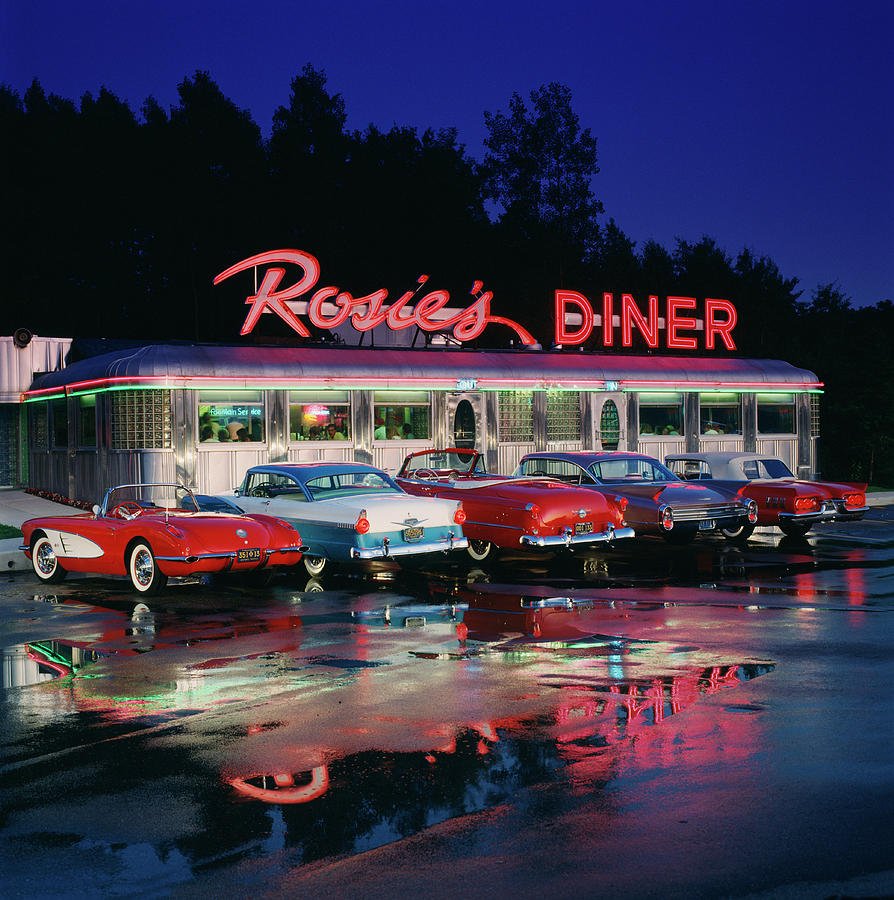 Rosie's Diner in Rockford Michigan was manufactured by the Paramount Dining Company in 1945. It has been featured in numerous Bounty Paper Towel commercials where Rosie the waitress wiped counters and declared Bounty to be the quicker-picker upper. Cars featured are the 1960 Chevrolet Corvette a 1956 Ford Fairlane Victoria a 1953 Oldsmobile Rocket 98 a 1960 Cadillac Sedan DeVille and a 1960 Ford Thunderbird.