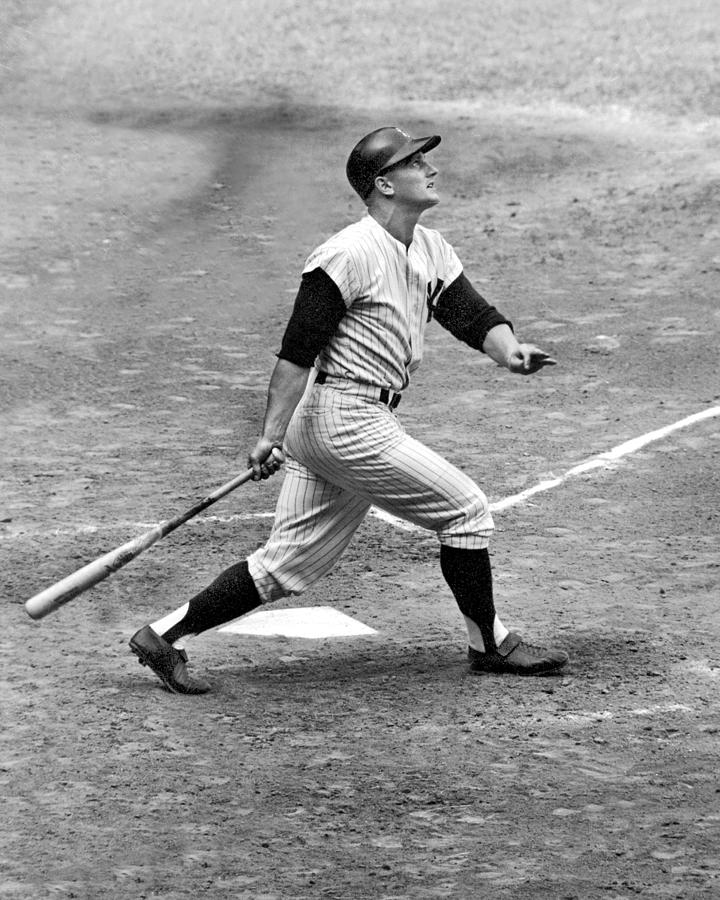 UNITED STATES - SEPTEMBER 16: Roger Maris watches his 1,000th major league hit sail out of sight at Yankee Stadium. It was a two-run homer in the sixth inning, and it put the Yanks in front of the Angels. The pinstripers wound up slamming LA, 9-4, behind Jim Bouton. (Photo by Charles Hoff/NY Daily News Archive via Getty Images)