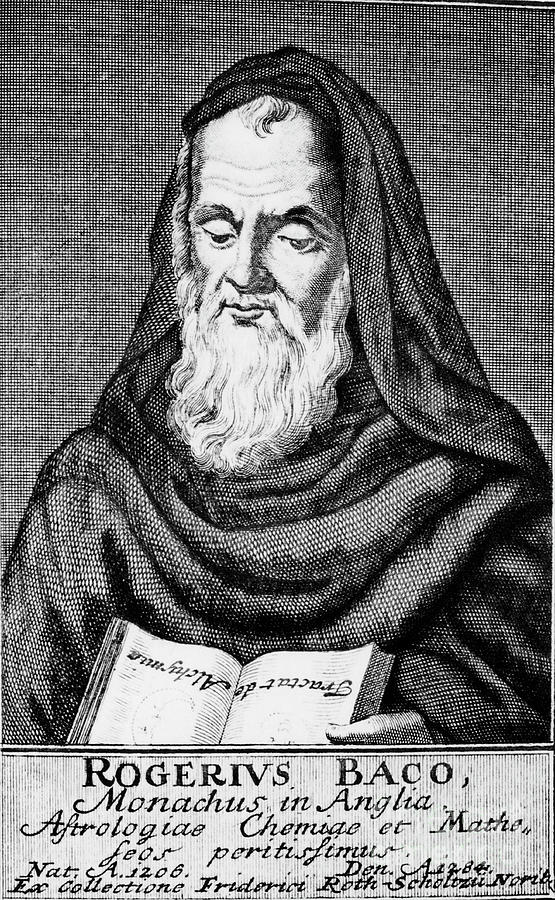 Roger Bacon, philosopher and scientist, 1786. Bacon is often regarded as the first modern scientist. He has been associated with scientific inventions like the magnifying glass, microscopes and telescopes. His views on the primacy of mathematical proof and on experimentalism, found in his published works, are often considered strikingly modern. (Photo by Oxford Science Archive/Print Collector/Getty Images)