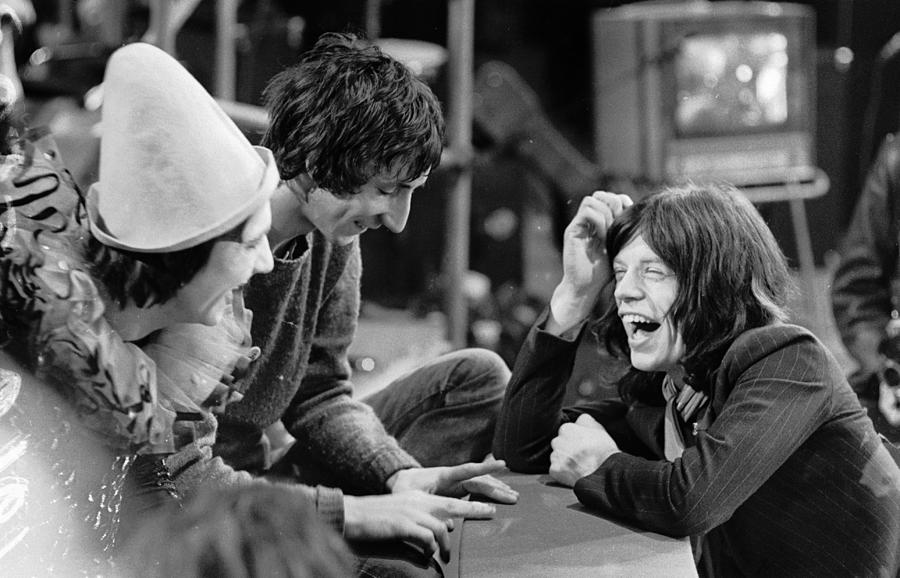 10th December 1968: Mick Jagger, the lead singer of the Rolling Stones, chatting with the drummer of the Who, Keith Moon (1947-1978, left), and the band's chief songwriter and guitarist, Pete Townshend, during the filming of the Rolling Stones 'Rock 'n' Roll Circus' at Internel Studios in Stonebridge Park, Wembley. (Photo by David Cairns/Express/Getty Images)