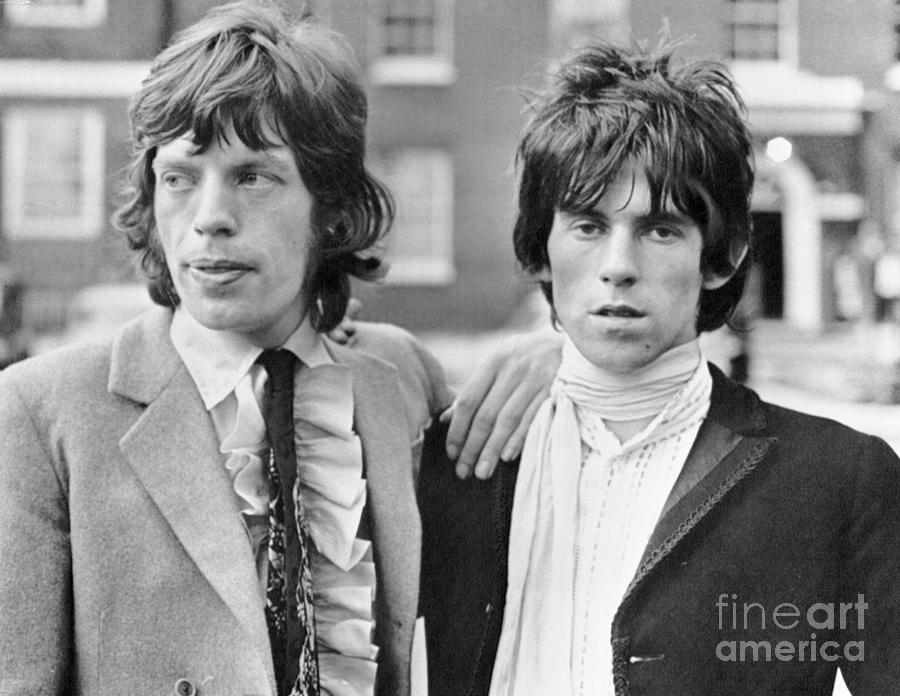 (Original Caption) London: Out on bail pending appeal of conviction and sentence on drug charges, The Rolling Stones Mick Jagger (l) and Keith Richards gained the support, July 1, of the prestigious Times of London. Jagger, 23 year old leader of the singing group, was sentenced to three months in jail for possession of pep pills. Richards got a year for permitting his home to be used for the smoking of marijuana. The Times said the sentence was overly harsh and suggested the performers might have been the victims of resentment by an older generation. 7/1/1967