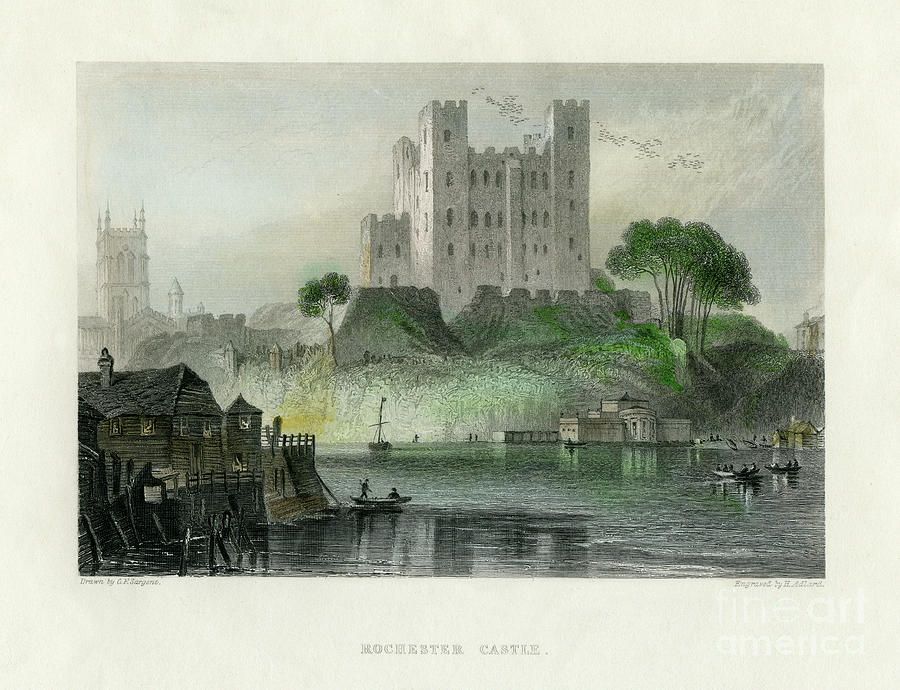 Rochester Castle, Kent, mid 19th century. Built on the site of a Roman fortification, this Norman castle was an important royal stronghold. It was besieged twice by rebel barons, in 1215 and 1264. The keep was begun in 1127 by William de Corbeil, Archbishop of Canterbury, and is the tallest in England. (Photo by The Print Collector/Print Collector/Getty Images)