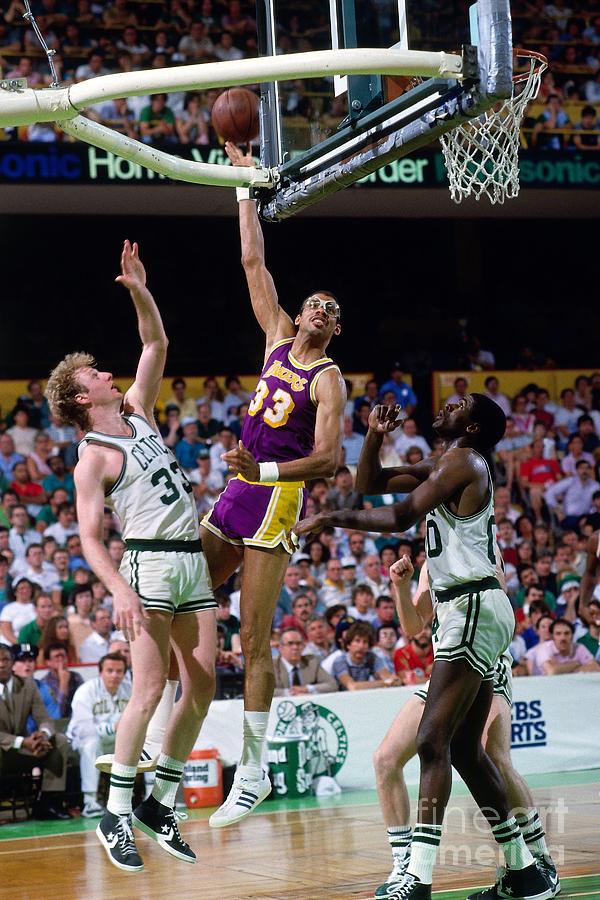 BOSTON - 1985: Kareem Abdul-Jabbar #33 of the Los Angeles Lakers shoots a hook shot against Larry Bird #33 and Robert Parish #00 of the Boston Celtics during the 1985 NBA Finals at the Boston Garden in Boston, Massachusetts. The Los Angeles Lakers defeated the Boston Celtics 4-2 to win the NBA Championship. NOTE TO USER: User expressly acknowledges and agrees that, by downloading and or using this photograph, User is consenting to the terms and conditions of the Getty Images License Agreement. Mandatory Copyright Notice: Copyright 1985 NBAE (Photo by Dick Raphael/NBAE via Getty Images)