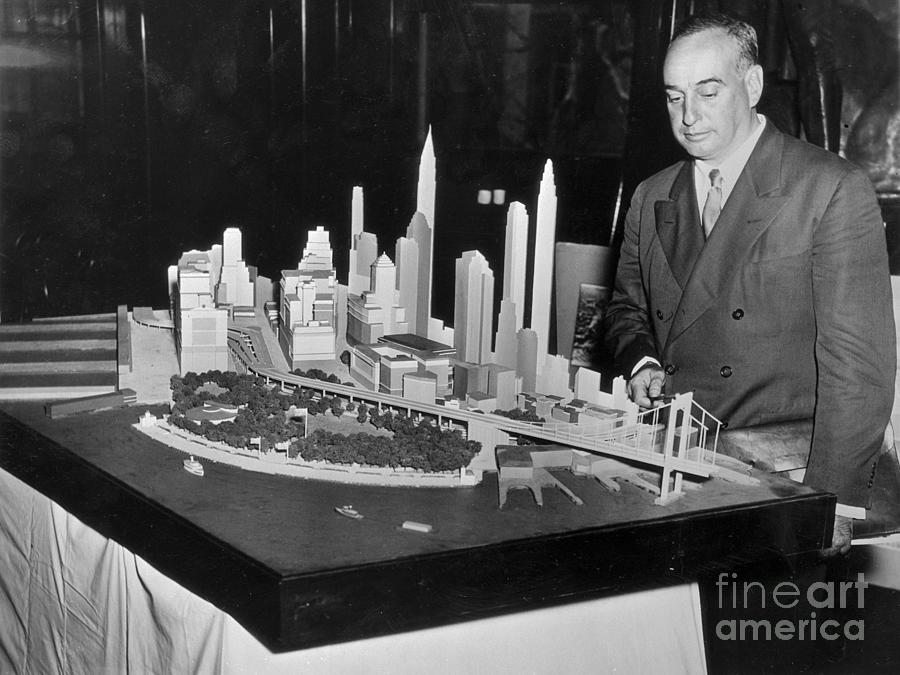 (Original Caption) Park Commissioner Robert Moses is shown with the model of the lower end of Manhattan and the bridge with which it is proposed to connect Battery Park with Brooklyn. This photo was made as Commissioner Moses explained details of the proposal at a hearing in the Council chamber of City Hall. Opponents of the project, which would cost more than $40, 000,000, insist that if the present Brooklyn Bridge were widened, there would be no need for another bridge. Another group is all in favor of a tunnel under the East River.