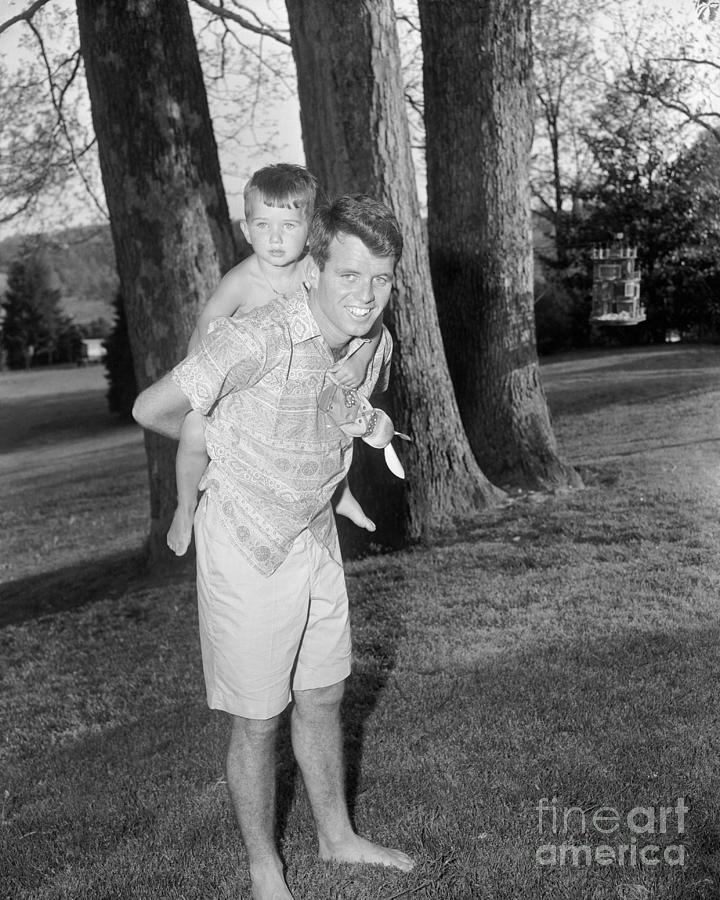 Robert Kennedy, Counsel for the Senate Investigating Committee and brother of Senator John F. Kennedy is most often pictured in his role of prodding reluctant witnesses at one of the Committee's Washington hearings. But here we find Mr. Kennedy playing his favorite role as dad on the grounds of his home in McLean, Virginia.