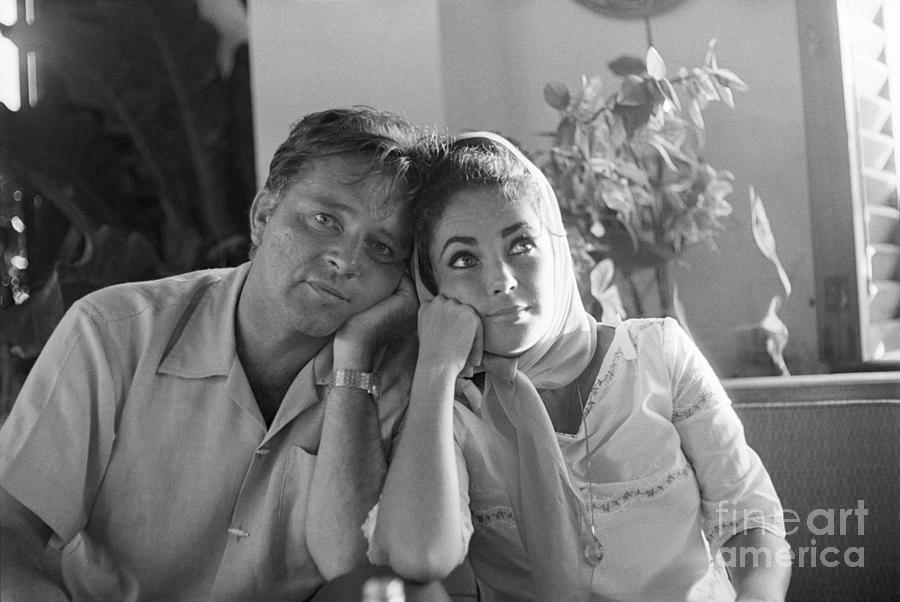 (Original Caption) 12/23/1963-Puerto Vallarta, Mexico: Welsh actor Richard Burton and actress Elizabeth Taylor appear to be pondering how soon they can become man and wife as they rest chins on hands outside the Casa Kimberly where they are staying, here December 22nd. Burton said December 23rd that he will not be able to marry Miss Taylor before January 16th, 1964 because her divorce from singer Eddie Fisher "will not go through before then." He is scheduled to begin rehearsals for his role in "Hamlet" in Toronto January 29th.