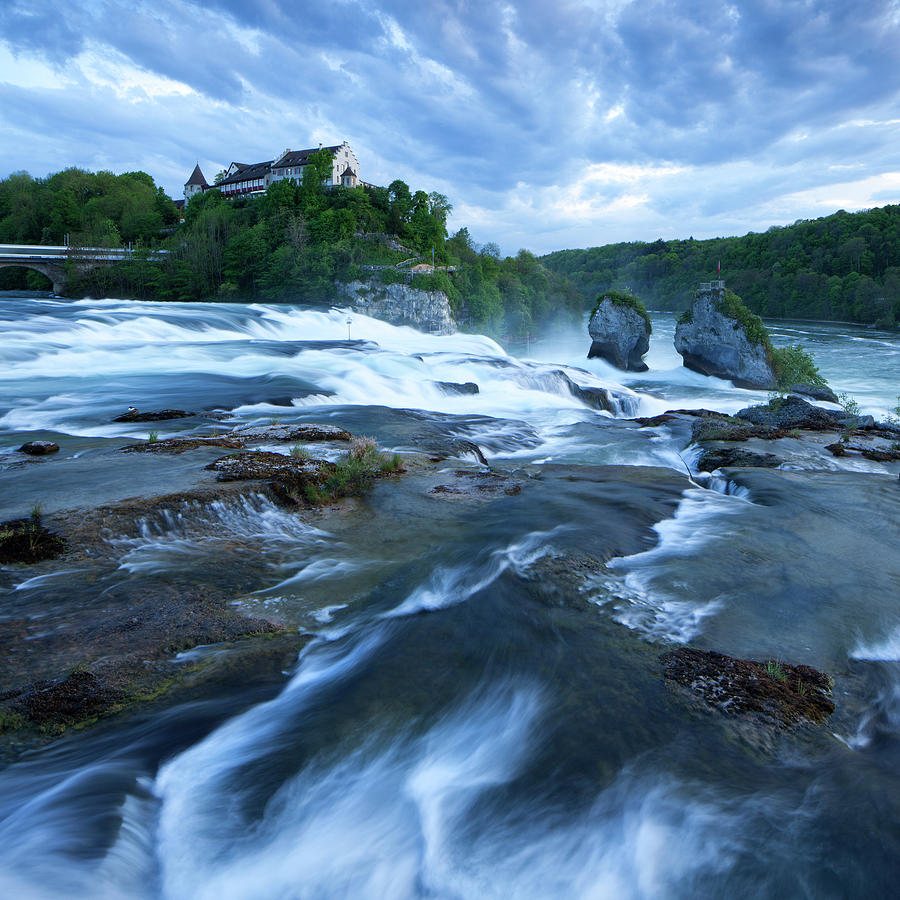 The falls are located on the Upper Rhine between the municipalities of Neuhausen am Rheinfall and Laufen-Uhwiesen, near the town of Schaffhausen in northern Switzerland. They are 150 m (450 ft) wide and 23 m (75 ft) high. In the winter months, the average water flow is 250 m³/s, while in the summer, the average water flow is 700 m³/s. The highest flow ever measured was 1,250 m³/s in 1965; and the lowest, 95 m³/s in 1921.The falls cannot be climbed by fish, except by eels that are able to worm their way up over the rocks.The Rhine Falls were formed in the last ice age, approximately 14,000 to 17,000 years ago.Laufen Castle can be reached by crossing the river by boat or by walking on a paved footpath alongside the railway bridge.