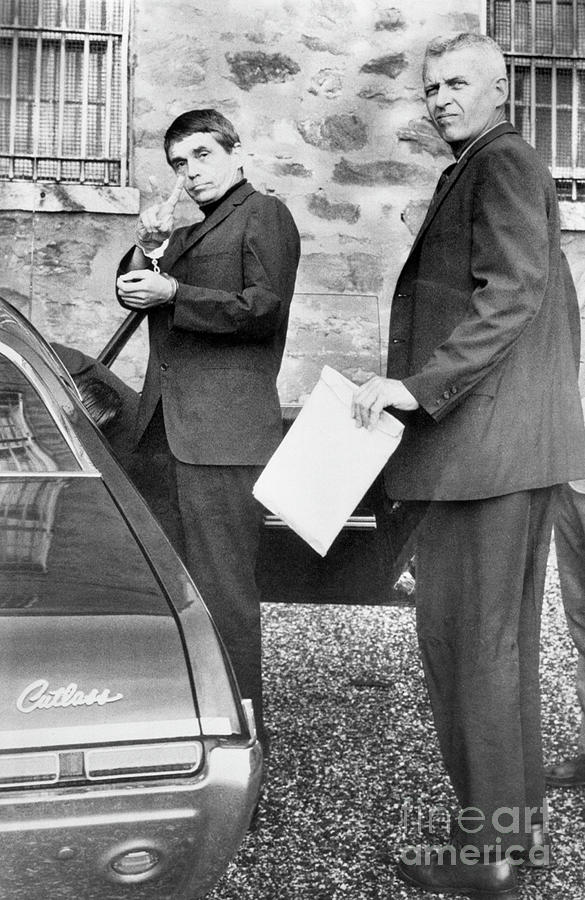 Leaving the Baltimore County Jail on their way to trial in Federal Court are the Rev.
Daniel Berrigan (left), and his brother, the Rev. Philip Berrigan. They were among nine Roman Catholic pacifists charged with destroying draft records who went on trial in an atmosphere of tension heightened by massive antiwar protests in downtown Baltimore. (Photo by Bettmann Archive/Getty Images)