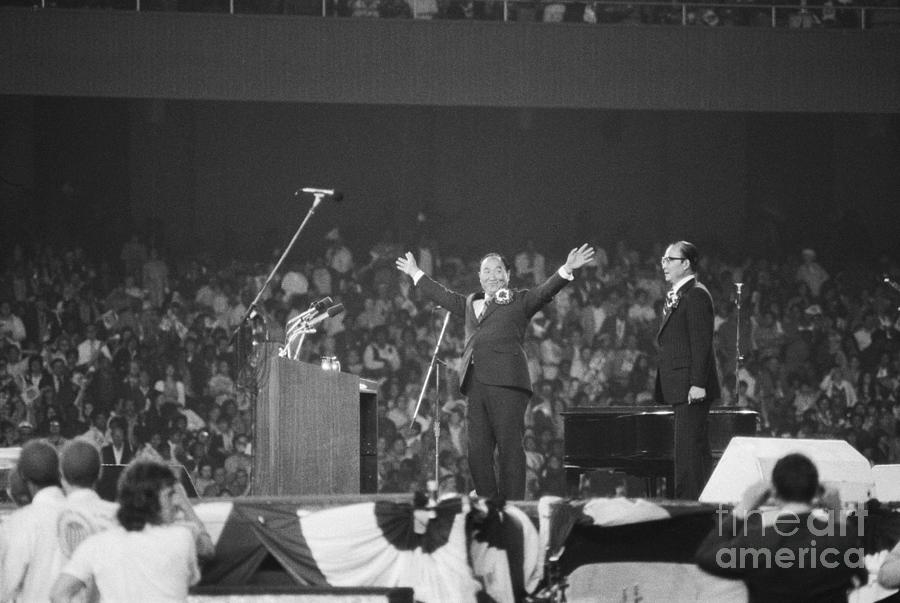 (Original Caption) NEW YORK: The Rev. Sun Myung Moon gestures to the crowd attending his "Bicentennial God Bless America Festival" at New York's Yankee Stadium June 1. At right is Col. Bo Hi Pak, his translator, or interpreter. Mr. Moon spoke in Korean. More than 400 demonstrators gathered outside the stadium. Some denounced the evangelist as, among other things, a Fascist dictator, a false Christian and a deluder of American youth. Critics of Mr. Moon have alleged that a number of individuals and organizations connected with him have intimate ties with and have received assistance from the South Korean government and the Korean Central Intelligence Agency.