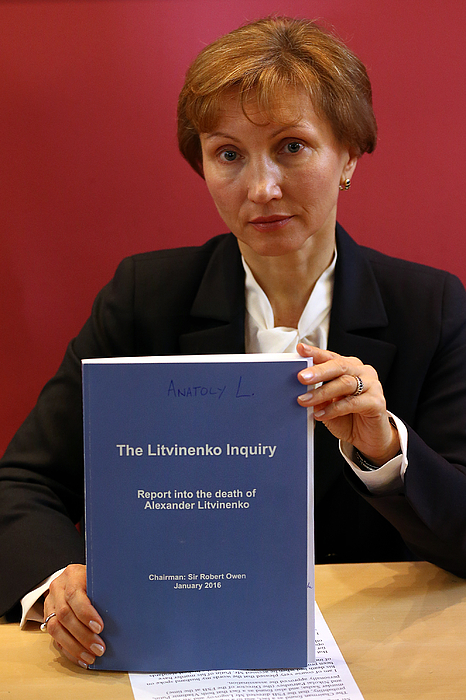 LONDON, ENGLAND - JANUARY 21: Marina Litvinenko holds a copy of the inquiry report as she attends a press conference at her lawyer's office after receiving the results of the inquiry into the death of her husband Alexander Litvinenko, on January 21, 2016 in London, England. Former KGB officer Alexander Litvinenko was poisoned in 2006 with radioactive polonium-210 in the United Kingdom having fled Russia after criticising president Vladimir Putin. (Photo by Carl Court/Getty Images)