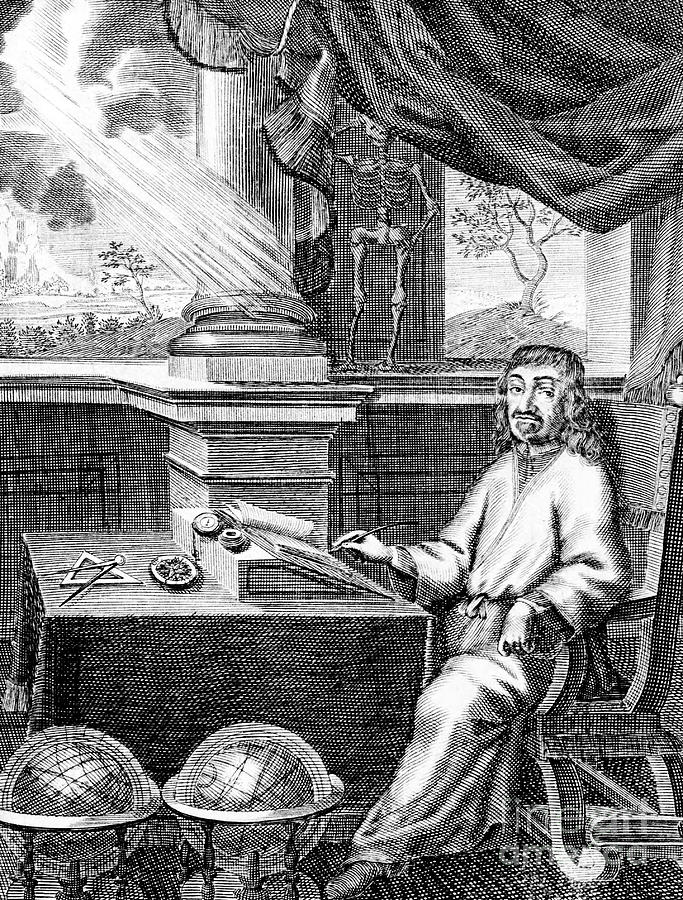 Rene Descartes, French philosopher and scientist, 1692. Descartes (1596-1650) in his study seated at a writing slope. Regarded as one of the great figures in the history of Western thought, he is widely considered to be the father of modern philosophy. Engraving from a 1692 edition of his Opera Philosophica. (Photo by Ann Ronan Pictures/Print Collector/Getty Images)