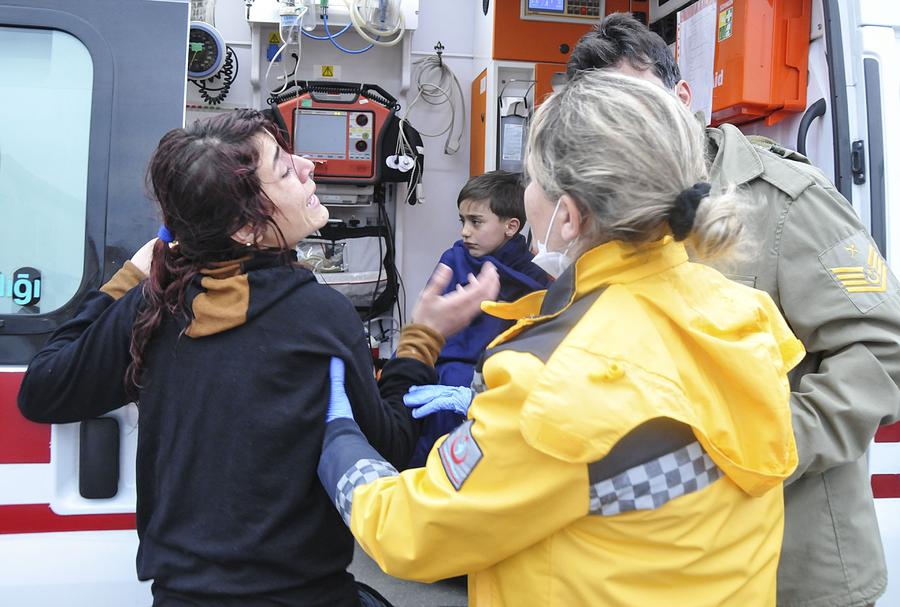 CANAKKALE, TURKEY - JANUARY 30: A refugee woman mourns as members of a Turkish medical team take a refugee boy to a hospital after a boat sank in the Aegean sea close to coast of Ayvacik district, Canakkale, Turkey on January 30, 2016. At least 10 people, including 5 children, have drowned off the Aegean Sea coast of Turkey. (Photo by Hanife Erdinc/Anadolu Agency/Getty Images)