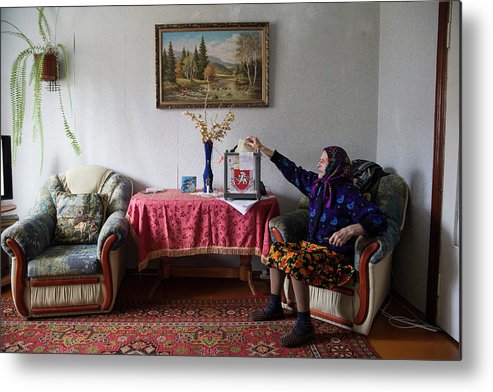 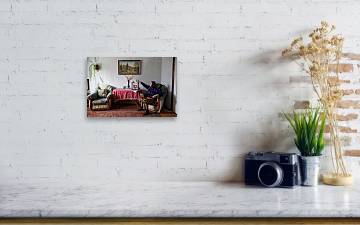 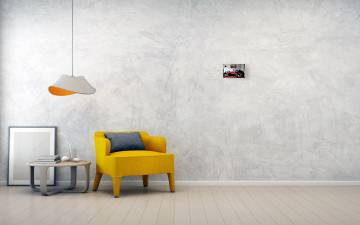 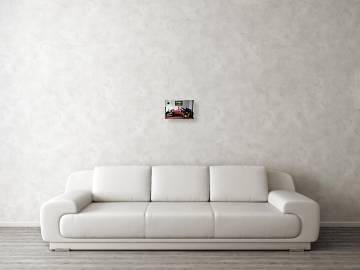 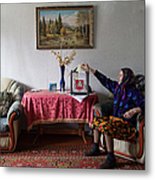 Referendum Staff Collect Votes From The metal print by Dan Kitwood.   Bring your artwork to life with the stylish lines and added depth of a metal print. Your image gets printed directly onto a sheet of 1/16" thick aluminum. The aluminum sheet is offset from the wall by a 3/4" thick wooden frame which is attached to the back. The high gloss of the aluminum sheet complements the rich colors of any image to produce stunning results.

BACHCHISARAY, UKRAINE - MARCH 16: Referendum staff collect the vote of Shvets Galina who was too infirm to visit the polling station in a predominantly Russian area of Bachchisaray on March 16, 2014 in Simferopol, Ukraine. Crimeans go to the polls today in a vote that which will decide whether the peninsular will break away from mainland Ukraine. The referendum, which has been dismissed as illegal by the West, follows the ousting of President Viktor Yanukovych by pro-Western and nationalist protesters. As the standoff between the Russian military and Ukrainian forces continues in Ukraine's Crimean peninsula, world leaders are continuing to push for a diplomatic solution to the escalating situation though many believe that there is every likelihood that thy vote will favour Crimea being incorporated into Russia. (Photo by Dan Kitwood/Getty Images)Image provided by Getty Images.