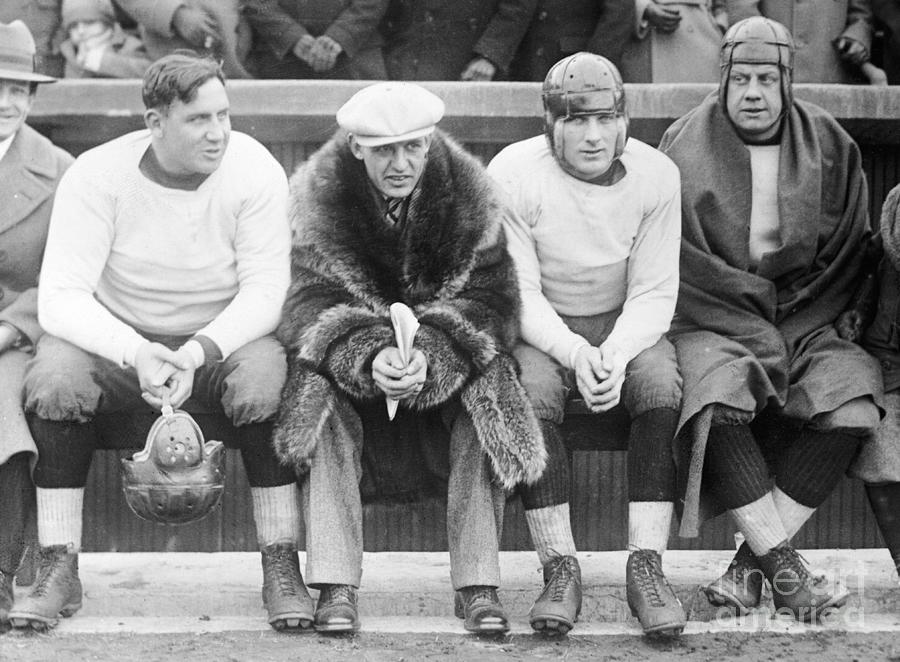 (Original Caption) Red Grange (second from left wearing raccoon coat seated with reserves on the Chicago Bears: eleven, during their game against Green Bay at the Cubs Park Chicago, Sunday November 22nd,, after his signing up with the Bears a day after the closing of his collegiate gridiron career. Grange's new Team mate's as shown in the photo are Left to right: Ralph Scott, Grange, Vern Mullen and Oscar Knop. For his appearance in six games, the sorrel top Ball carrier is rumored to make $60,0000. He will do the Bear uniform for the first time in game on Thanksgiving Day in Chicago. An over flowing crowd is booked.