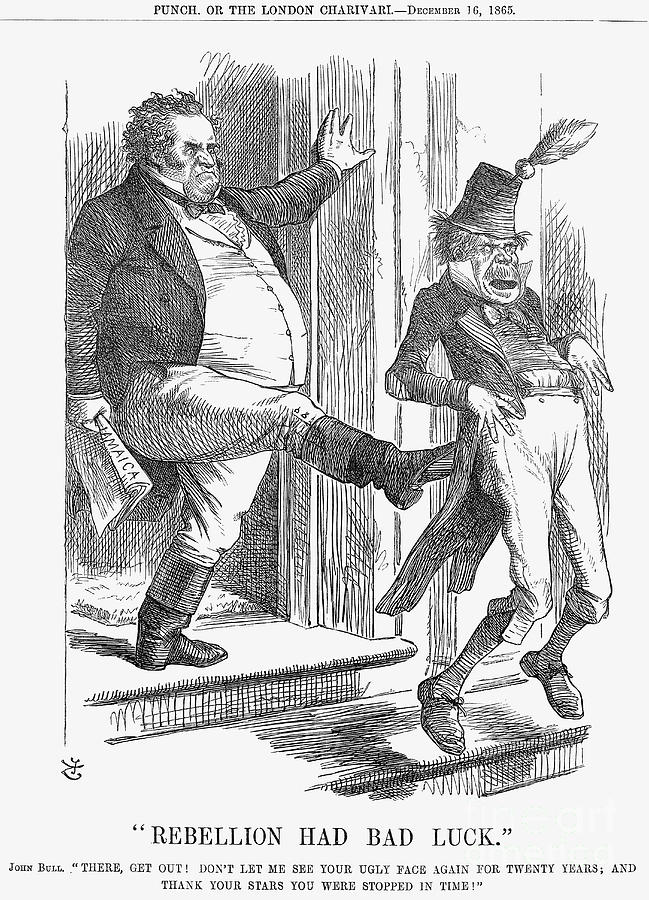 Rebellion Had Bad Luck, 1865. An Irish Fenian activist is kicked out of the country by John Bull. This was a time when the Fenians, funded and supplemented with men from the Irish Americans, began to cause trouble. Amongst its principal aims was the separation of Ireland from Britain, and the overthrow of the Queen's authority. In September 1865, the Irish People, a Fenian journal, was taken by the Dublin police, and all the men working on the paper were arrested. At their trial later in the year, two of the men, Luby and O'Leary, were each sentenced to twenty years' penal servitude. The reference to Jamaica relates to the recent uprising in Jamaica which, in the view of Mr Punch, was put down just in time. However, Governor Eyre was later to be suspended from duty whilst an investigation into his method of suppressing the outbreak was undertaken. From Punch, or the London Charivari, December 6, 1865. (Photo by The Cartoon Collector/Print Collector/Getty Images)