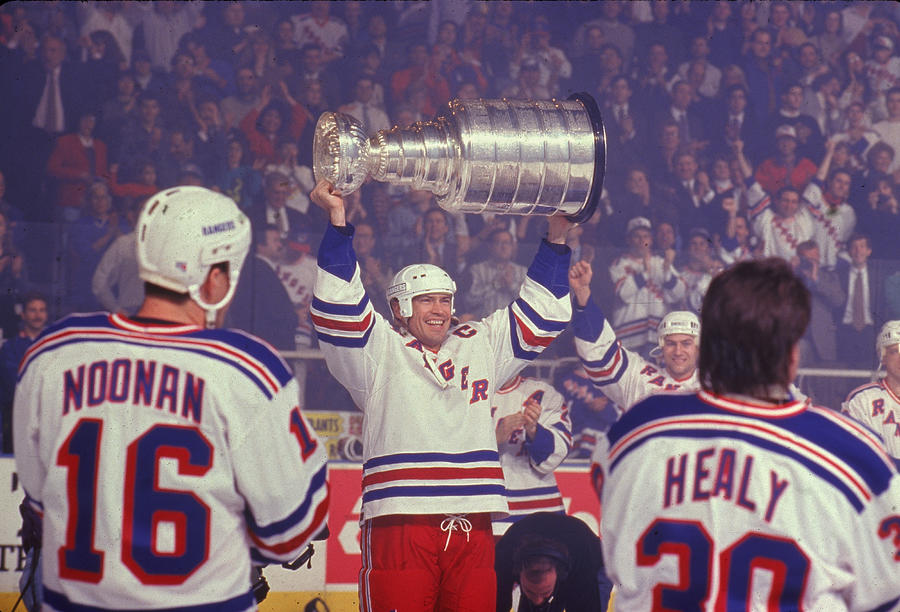 Canadian professional hockey player Mark Messier of the New York Rangers hoists the Stanley Cup championship award trophy over his head as teammates American Brian Noonan (#16) and Canadian Glenn Healy (#30) look on during the opening night of the 1995 NHL season, Madison Square Garden, New York, January 20, 1995. The 1994-95 Season was shortened to the 1995 Season because of a lockout in Fall 1994. The Rangers opening game was against the Buffalo Sabres and they lost 2-1. (Photo by Bruce Bennett Studios/Getty Images)