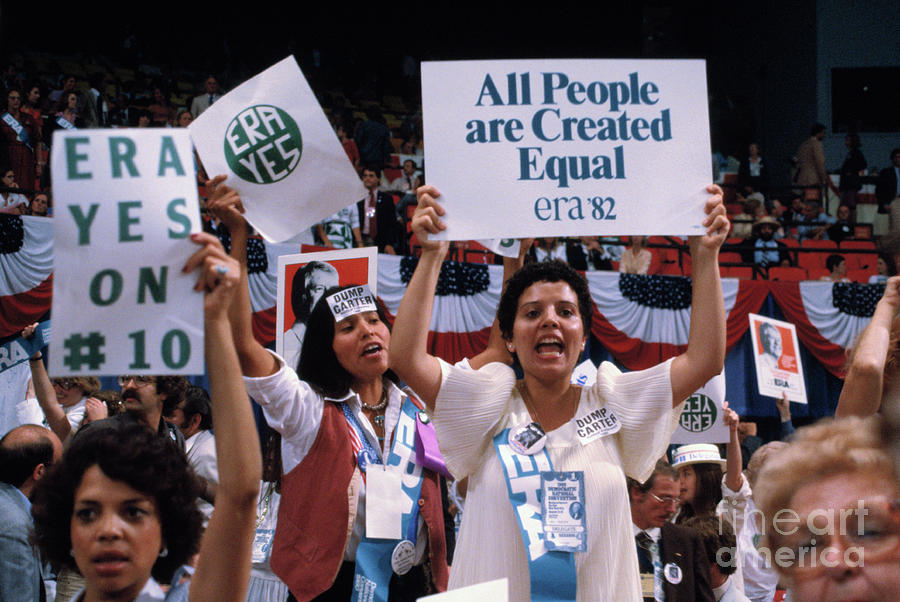 (Original Caption) Here's one answer to a question that comes up now and then these days. The sign is one of those displayed August 26th in New York as supporters of the Equal Rights Amendment marched and held a rally. Participants were observing the 60th anniversary of the winning of women's suffrage in the U.S. and calling for a renewed effort on behalf of the failed amendment.