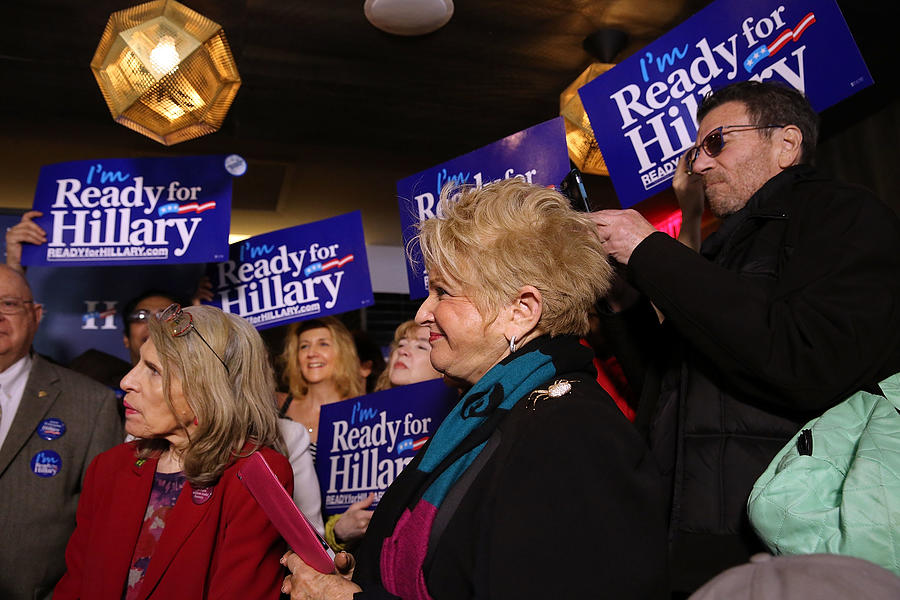 NEW YORK, NY - APRIL 11: Supporters of a Hillary Rodham Clinton's yet to be announced presidential campaign participate in a rally in Manhattan on April 11, 2015 in New York City. It is expected that Clinton will end months of speculation and launch her anticipated 2016 presidential campaign on Sunday with an announcement on social media. Following that it is believed that candidate Clinton will travel to Iowa and New Hampshire, seeking to connect directly with voters in more intimate settings. (Photo by Spencer Platt/Getty Images)