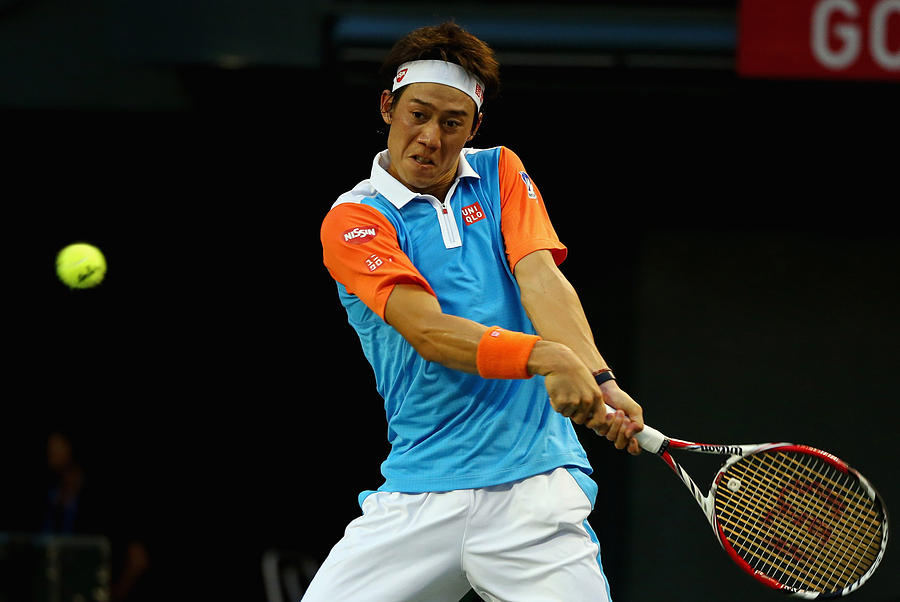 TOKYO, JAPAN - OCTOBER 03: Kei Nishikori of Japan in action during his men's second round singles match against Feliciano Lopez of Spain during day four of the Rakuten Open at Ariake Colosseum on October 3, 2013 in Tokyo, Japan. (Photo by Koji Watanabe/Getty Images)