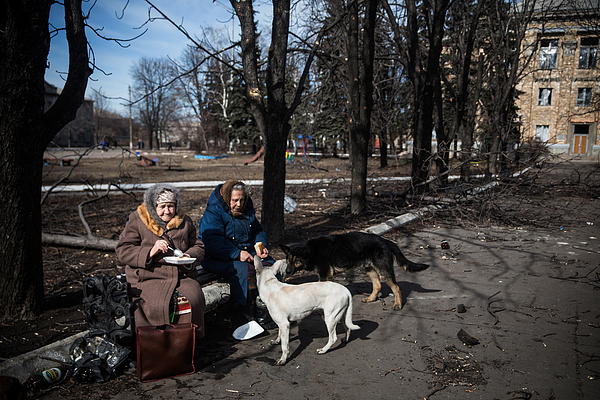 DEBALTSEVE, UKRAINE - FEBRUARY 25: Elderly women eat lunch supplied by Russian backed rebels while stray dogs beg for scraps on February 25, 2015 in Debaltseve, Ukraine. After approximately one month of fighting Russian backed rebels successfully forced Ukrainian troops to withdraw from the town of 100,00 people on February 18. Only approximately 11,000 civilians remain in the town. Debaltseve is considered an asset to both Ukrainians and the rebels due to the railway station and it's connection to other eastern Ukranian towns. (Photo by Andrew Burton/Getty Images)