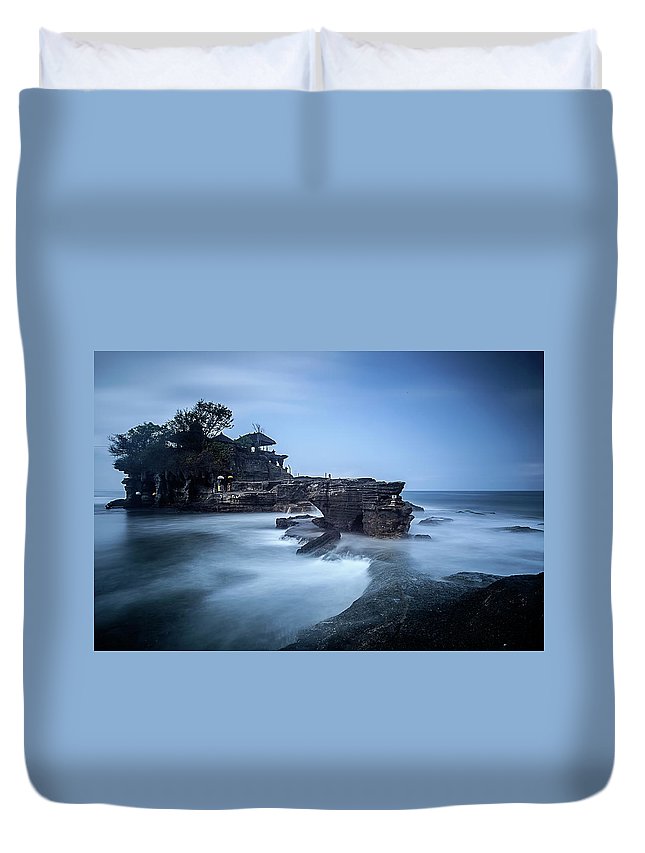 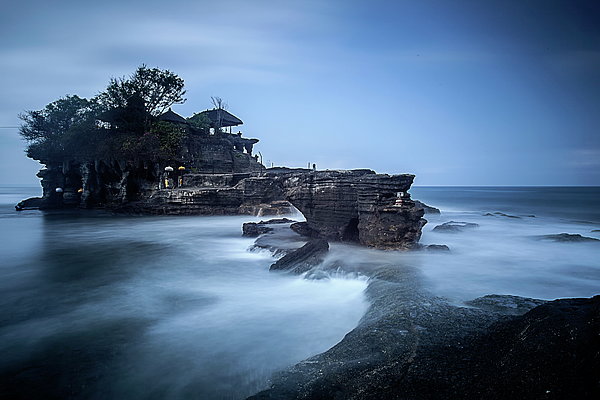 Queen duvet cover (88" x 88") featuring the image "Pura Tanah Lot" by Franciscus Nanang Triana. Our soft microfiber duvet covers are hand sewn and include a hidden zipper for easy washing and assembly. Your selected image is printed on the top surface with a soft white surface underneath. All duvet covers are machine washable with cold water and a mild detergent.

Its said that temple was built by a Brahmin who wander from Java in the 16th century. At that time the ruler of Tanah Lot, Bendesa Beraben, jealous... more

Its said that temple was built by a Brahmin who wander from Java in the 16th century. At that time the ruler of Tanah Lot, Bendesa Beraben, jealous of him because his followers began to leave and follow Nirartha. Bendesa Beraben Nirartha told to leave Tanah Lot. He agreed and before leaving Tanah Lot, he move stone boulders into the middle of the beach (not into the sea) and built temples there. She also changed her shawl into a snake temple guards. Pura Tanah Lot is one of seven sea temples around the Balinese coastImage provided by Getty Images.