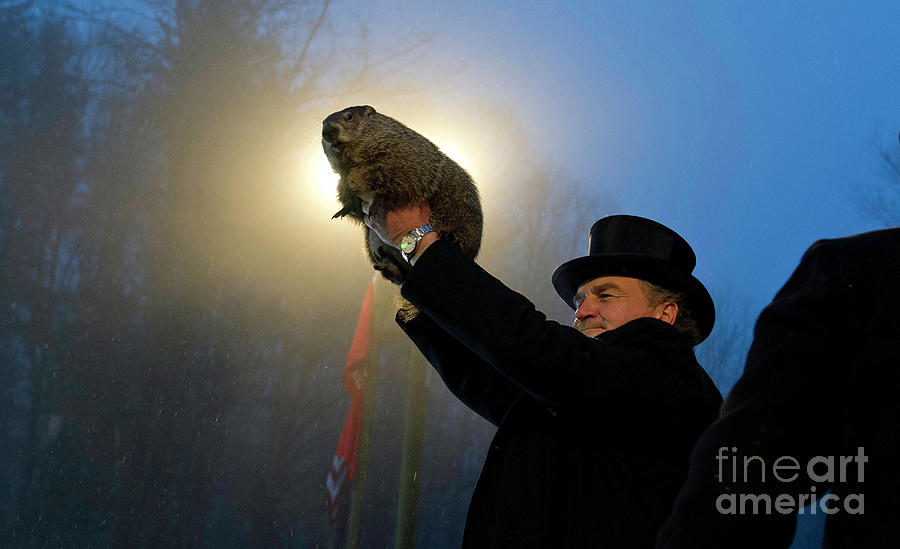 PUNXSUTAWNEY, PA - FEBRUARY 2: Groundhog handler John Griffiths holds Punxsutawney Phil after he saw his shadow predicting six more weeks of winter during 128th annual Groundhog Day festivities on February 2, 2014 in Punxsutawney, Pennsylvania. Groundhog Day is a popular tradition in the United States and Canada. A smaller than usual crowd this year of less than 25,000 people spent a night of revelry awaiting the sunrise and the groundhog's exit from his winter den. If Punxsutawney Phil sees his shadow he regards it as an omen of six more weeks of bad weather and returns to his den. Early spring arrives if he does not see his shadow, causing Phil to remain above ground. (Photo by Jeff Swensen/Getty Images)