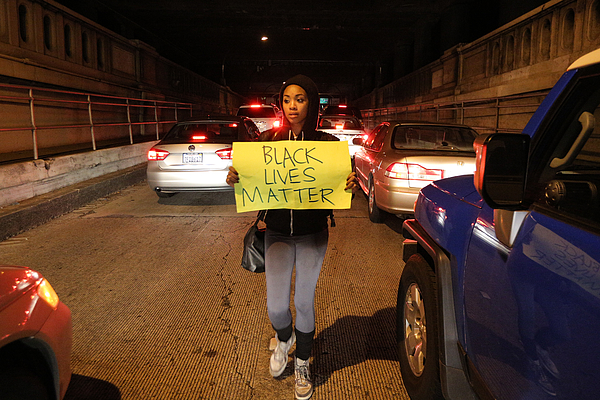 OAKLAND, CA - DECEMBER 13: A protester marches through stopped cars while carrying a sign that reads 'Black Lives Matter' in the Alameda-Oakland tunnel during a 'Millions March' demonstration protesting the killing of unarmed black men by police on December 13, 2014 in Oakland, California. The march was one of many held nationwide. (Photo by Elijah Nouvelage/Getty Images)