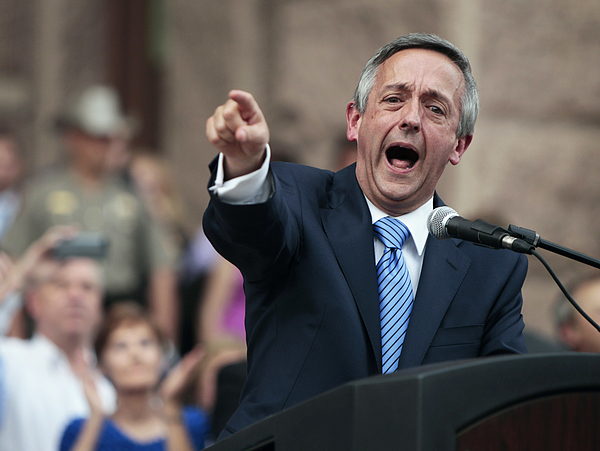 AUSTIN, TX - JULY 08: The Rev. Robert Jeffress, the controversial pastor of First Baptist Church in Dallas, energized the crowd by describing the debate over abortion as a fight "between the kingdom of God and the kingdom of Satan," as pro-life supporters and pro-choice protesters rally at the Texas state capitol in favor and against the new controversial abortion legislation up for a vote in the state legislature on July 8, 2013 in Austin Texas. Texas Gov. Rick Perry called on a second legislative special session to pass an restrictive abortion law through the Texas legislature. The first attempt was defeated after opponents of the law were able to stall the vote until after first special session had ended. (Photo by Erich Schlegel/Getty Images)