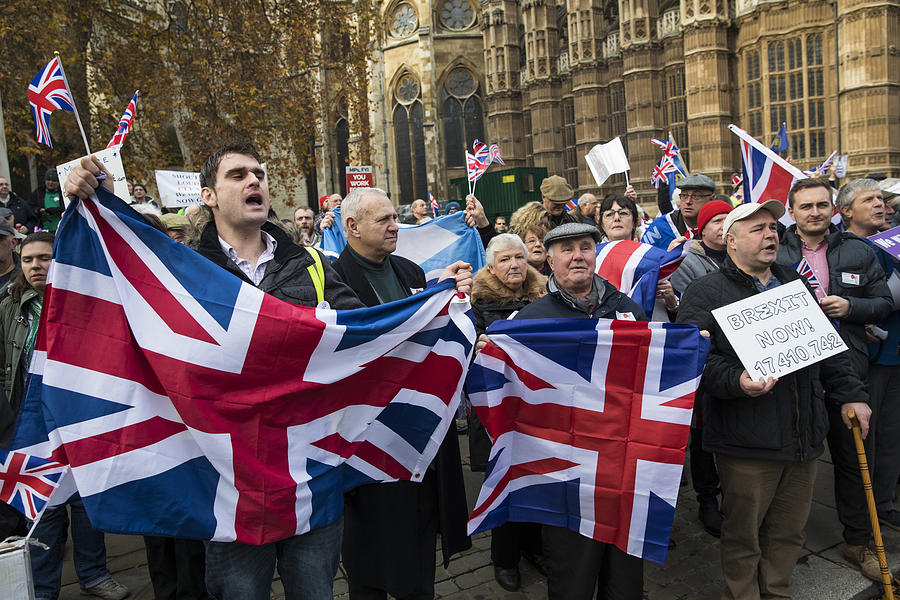 LONDON, ENGLAND - NOVEMBER 23: Pro-Brexit demonstrators hold Union Jack flags as they protest outside the Houses of Parliament on November 23, 2016 in London, England. British Prime Minister Theresa May has said that she will not delay triggering article 50, the formal process of leaving the European Union, but wants to avoid a "cliff edge". (Photo by Jack Taylor/Getty Images)