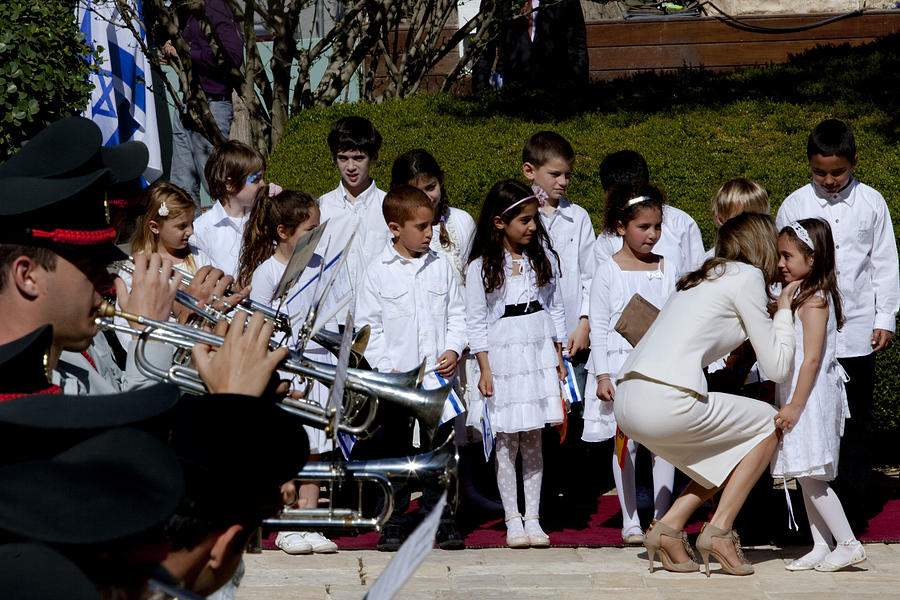 JERUSALEM, ISRAEL - APRIL 11: Princess Letizia of Spain, during an official welcoming ceremony at the Israeli presidential residence on April 11, 2011 in Jerusalem, Israel. The Spanish Royal couple is on their first official visit to Israel together. The Prince's parents, the King and Queen of Spain last visited in 1993. (Photo by Uriel Sinai/Getty Images)