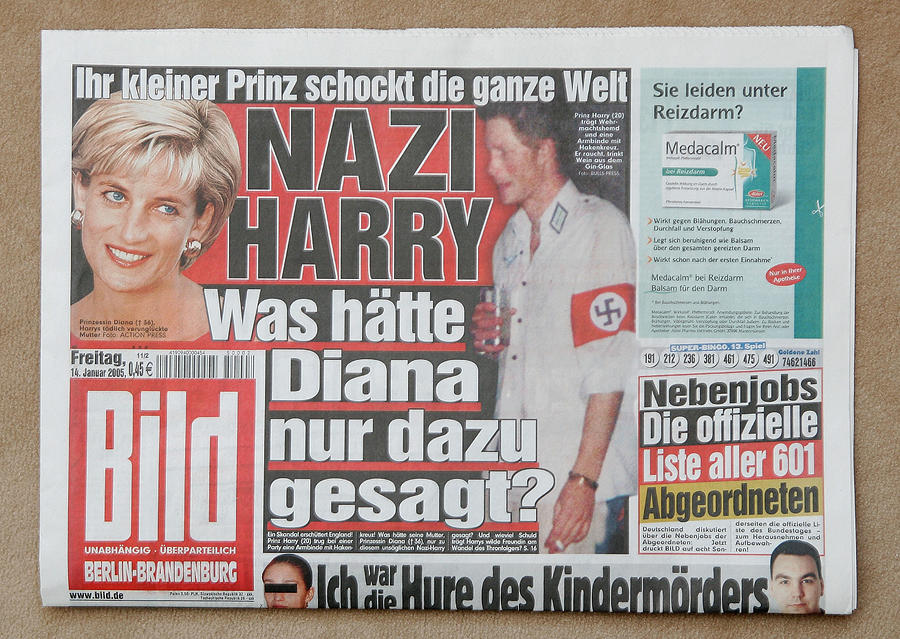 BERLIN, GERMANY - JANUARY 14:The headline of the German tabloid "Bild" asks "Nazi Harry - What Would Diana Have Said About That?" and features the story of British Prince Harry attending a party dressed in a Nazi uniform January 14, 2005 in Berlin, Germany. The photograph of the Prince has whipped up a global media frenzy and has prompted outrage from politicians and anti-facist campaigners. (Photo by Sean Gallup/Getty Images)