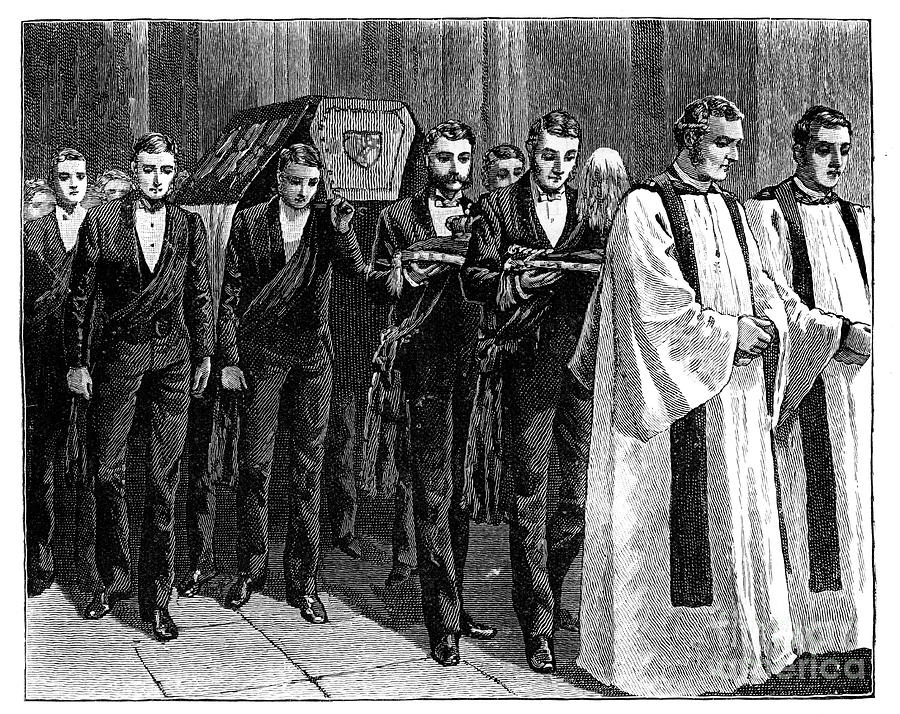 Prince Albert's funeral, 1861. Procession in the nave of St George's Chapel, Windsor Castle. Prince Albert of Saxe-Coburg-Gotha (1819-1861) married his first cousin, Queen Victoria, in 1840. In 1857 he was given the title Prince Consort and became the Queen's private advisor. He was interested in arts, science and industry and planned the Great Exhibition of 1851. His death in 1861, from typhoid fever, was a crushing blow to Queen Victoria, who wore mourning dress for the remaining 40 years of her life. Illustration from The Life & Times of Queen Victoria, by Robert Wilson, Vol III. (Photo by The Print Collector/Print Collector/Getty Images)