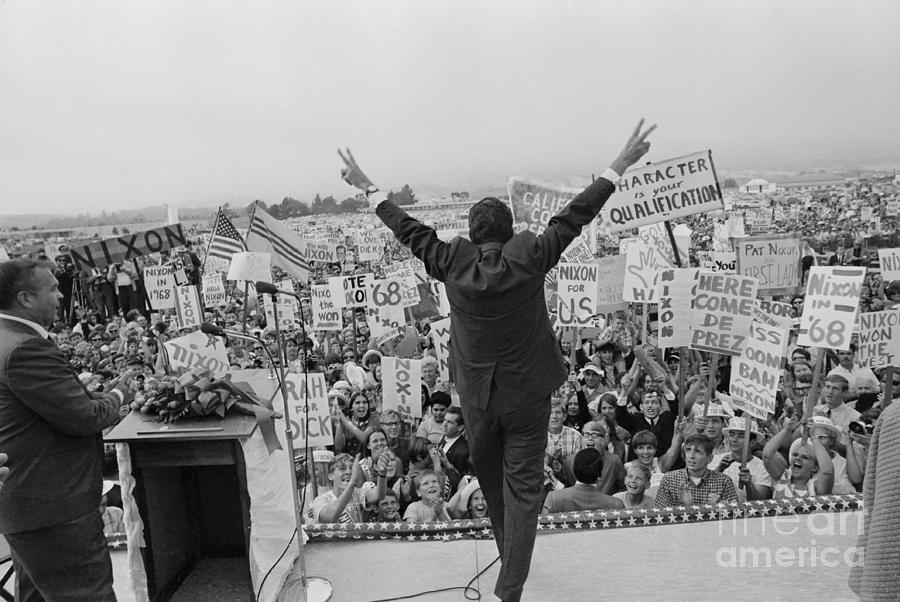 (Original Caption) Republican Presidential hopeful Richard M.Nixon makes the "V" for victory sign to an enormous crowd of enthusiastic supporters who greeted him on his arrival here. Speaking at the airport, the former Vice President contended that he was becoming a favorite of America's young people, not the revolutionary few who want to tear down the country but the thousands who want to rebuild it. (Photo by © Bettmann/CORBIS/Bettmann Archive)