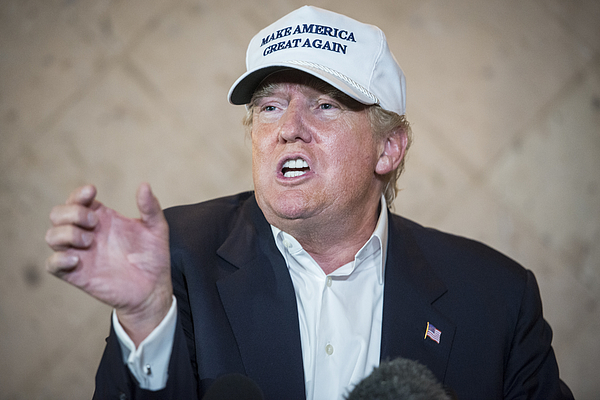 LAREDO, TEXAS - JULY 23: Republican Presidential candidate and business mogul Donald Trump talks to the media at a press conference during his trip to the border on July 23, 2015 in Laredo, Texas. Trump's recent comments, calling some immigrants from Mexico as drug traffickers and rapists, have stirred up reactions on both sides of the aisle. Although fellow Republican presidential candidate Rick Perry has denounced Trump's comments and his campaign in general, U.S. Senator from Texas Ted-Cruz has so far refused to bash his fellow Republican nominee. (Photo by Matthew Busch/Getty Images)