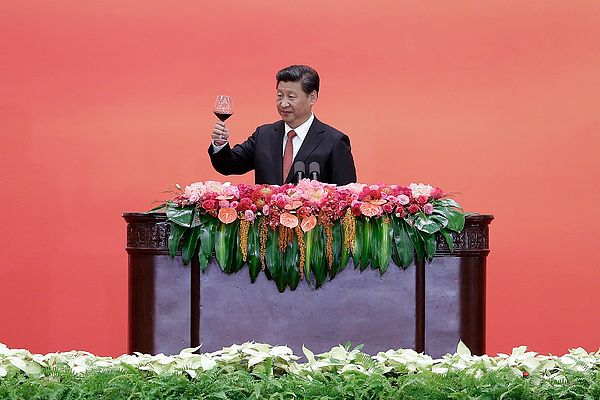 BEIJING, CHINA - SEPTEMBER 03: Chinese President Xi Jinping toasts the guests after delivering a speech during the Reception Commemorating the 70th Anniversary of the Victory of the Chinese People's War of Resistance Against Japanese Aggression and the World Anti-Fascist War at The Great Hall Of The People on September 3, 2015 in Beijing, China. China is marking the 70th anniversary of the end of World War II and its role in defeating Japan with a new national holiday and a military parade in Beijing. (Photo by Lintao Zhang/Pool/Getty Images)

There are no comments for President Xi Hosts A Reception To Commemorate End Of World War II In Asia.   Click here to post the first comment.