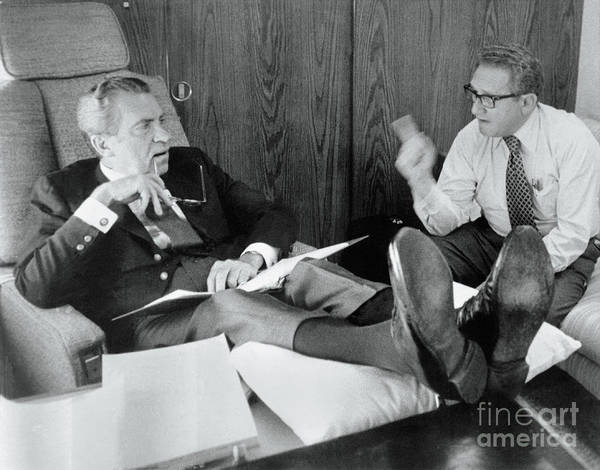 President Richard Nixon And Secretary art print by Bettmann.   Our art prints are produced on acid-free papers using archival inks to guarantee that they last a lifetime without fading or loss of color. All art prints include a 1" white border around the image to allow for future framing and matting, if desired.

(Original Caption) Up in the Air. Undated: President Richard Nixon and Secretary of State Henry Kissinger confer aboard Air Force One as it heads towards Brussels, Belgium, June 26th, and NATO talks. Nixon rests his legs on a pillow atop a table to ease an attack of Phlebitis which struck recently. After the Brussels talks, President Nixon headed for Moscow and summit talks with Soviet leader Leonid Brezhnev.Image provided by Getty Images.