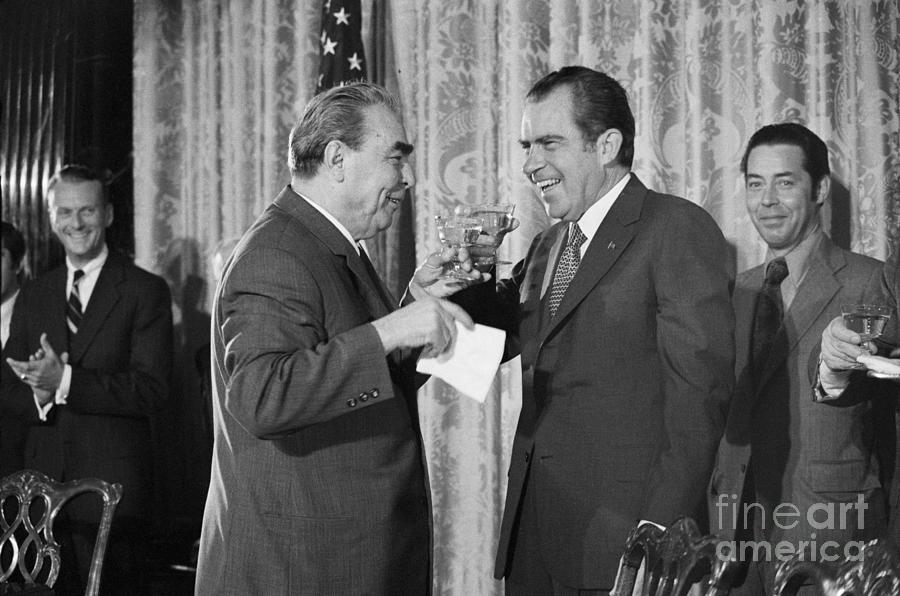 (Original Caption) Washington: While toasting the signing of four agreements between the US and Soviet Union with Pres. Nixon, Soviet leader Leonid Brezhnev spilled his champagne and then hid his face behind his napkin. The toasting resumed at the State Dept. where the agreements were signed 6/19 as a part of their summit meetings. 6/19/1973