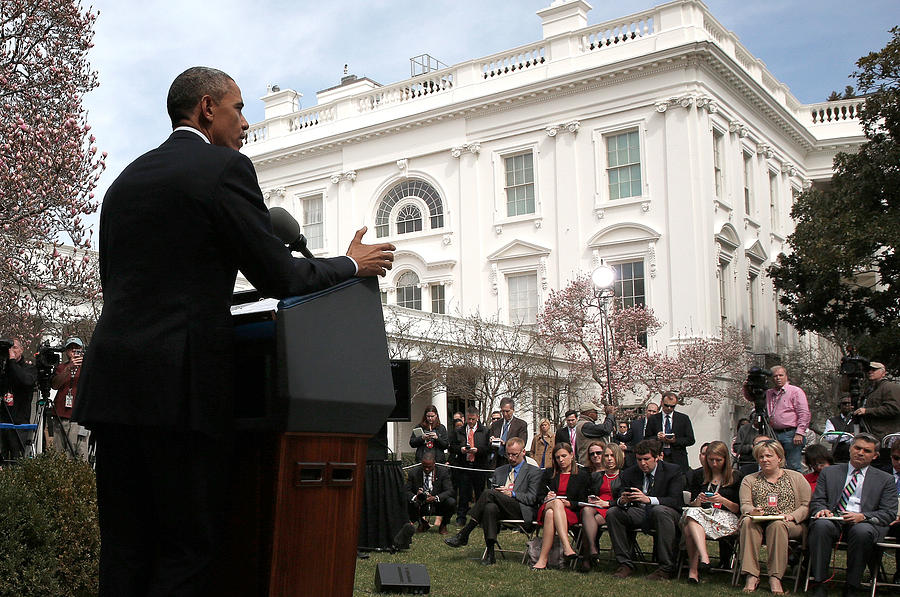 WASHINGTON, DC - APRIL 02: U.S. President Barack Obama delivers remarks in the Rose Garden of the White House on negotiations with Iran over their nuclear program on April 2, 2015 in Washington, DC. In exchange for Iran's agreement to curb their country's nuclear proliferation, the United States would lift some of the crippling sanctions imposed. (Photo by Win McNamee/Getty Images)