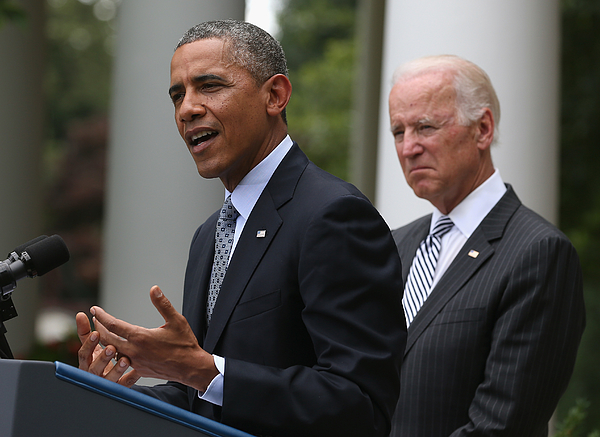 WASHINGTON, DC - JUNE 30: U.S. President Barack Obama (L) speaks about immigration while as U.S. Vice President Joseph Biden listens in the Rose Garden of the White House June 30, 2014 in Washington, DC. Speaker of the House John Boehner (R-OH) said today that the House of Representatives would not take up immigration reform legislation this year and Obama said he would continue to use his executive power to bolster enforcement on the southern border. (Photo by Mark Wilson/Getty Images)