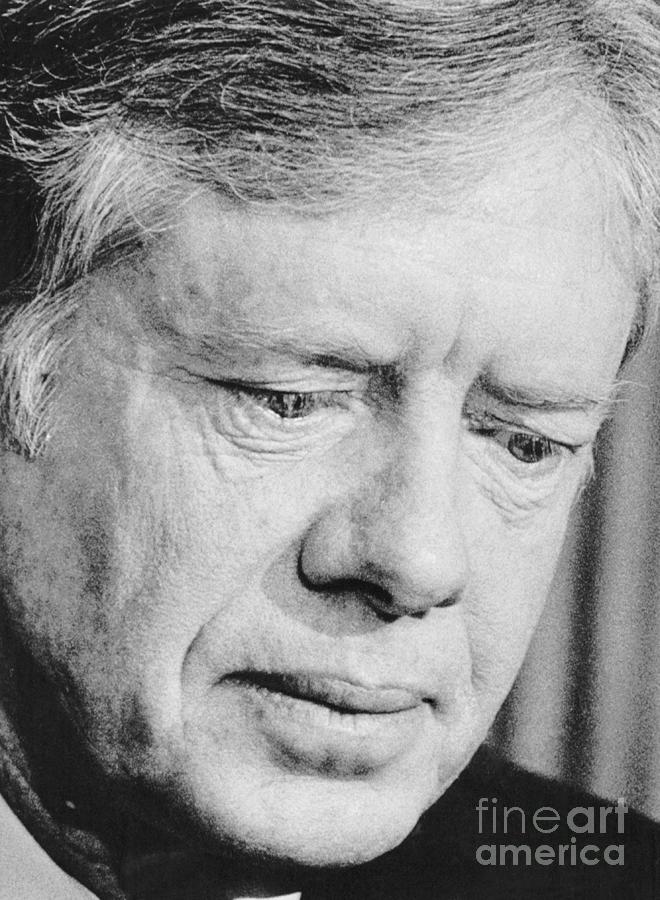 (Original Caption) Washington, DC: President Carter expressed "deep regret" at the death of eight American crewmen in the crash of two US aircraft on a remote desert in Iran during withdrawal of a force which had been slated to attempt a rescue of the 53 American hostages being held in the U.S. Embassy in Tehran.