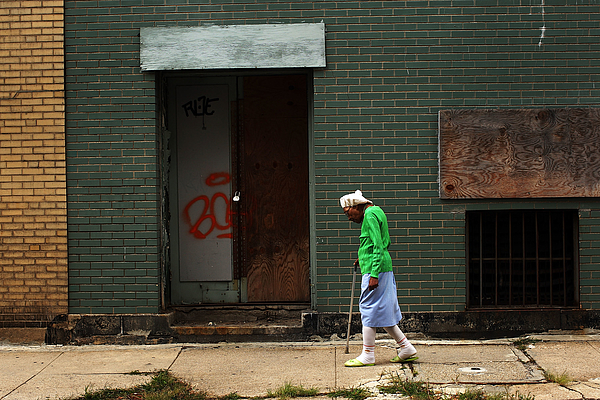 BRIDGEPORT, CT - SEPTEMBER 30: A woman walks by a shuttered business September 30, 2009 in Bridgeport, Connecticut. According to statistics from the U.S. Census Bureau, Connecticut residents fell into poverty at a rate higher than any other state in the country last year. While statistically it is still one of the wealthiest states in the country, there are now 314,806 residents of Connecticut living below the federal poverty line, up from 268,880 in 2007. In Bridgeport, a struggling former manufacturing city, the poverty rate was 21.6 percent. (Photo by Spencer Platt/Getty Images)