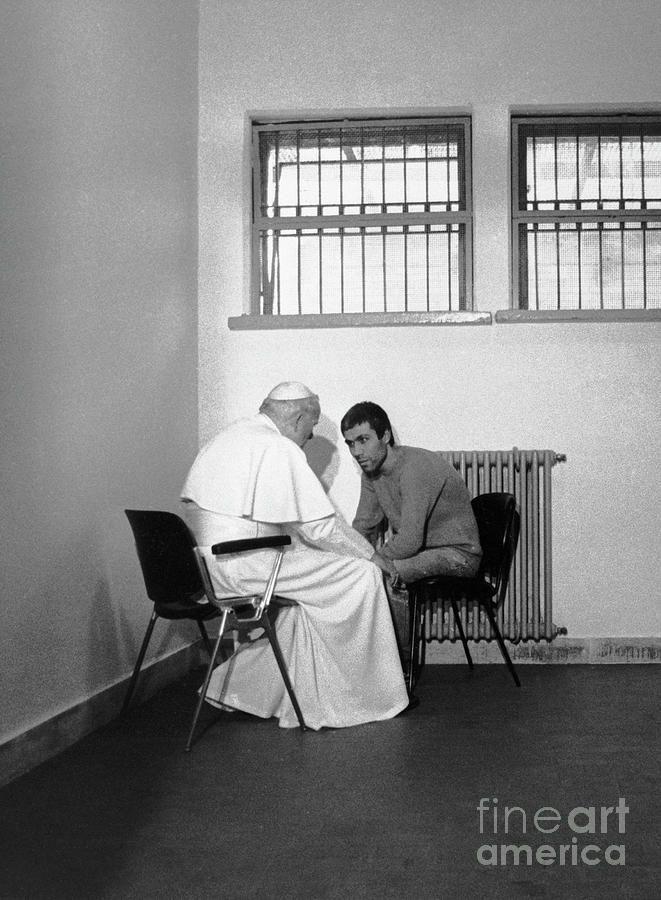 (Original Caption) 12/27/1983-Rome, Italy- Pope John Paul II talks with Turkish terrorist Mehmet Ali Agca as the Pontiff meets him inside his cell at Rome's Rabibbia jail. Earlier the Pontiff celebrated a Christmas service in the church of Rabibbia jail for more than 500 prisoners; then he met Agca who tried to assassinate him in May 1981.