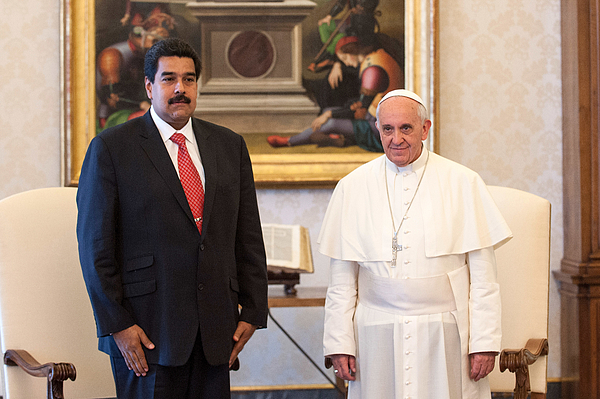 VATICAN CITY, VATICAN - JUNE 17: Pope Francis receives in audience at his studio Nicolas Maduro Moros, president of the Bolivarian Republic of Venezuela on June 17, 2013 in Vatican City, Vatican. During the talks topics focused on the country's social and political situation after the recent death of President Hugo Chavez Frias, as well as current issues such as poverty and the fight against crime and drug trafficking. (Photo by Vatican Pool/Getty Images)